The Forgotten Honorary Citizen of Czernowitz from... (Cieszyn - 4875 km)

(Cieszyn, 21.10.2013 - 22.10.2013) The Polish border-town Cieszyn lies on the Olza River, opposite Český Těšín in the Czech Republic. In addition it's the home city of Emanuel Alois Ziffer (1833 - 1913), railroad tycoon, the "Father of the Bukovinian Railroad System" and above all a - nearly forgotten - honorary citizen of Czernowitz. 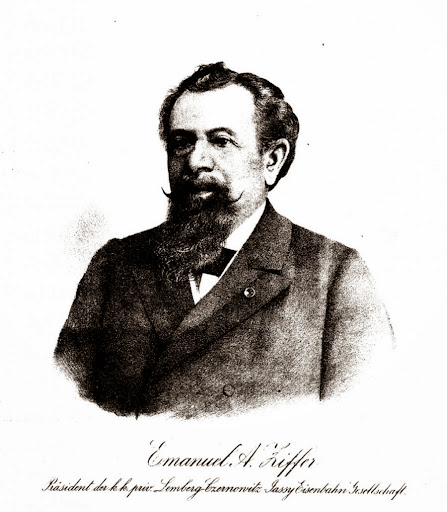 As of 2009, the Old Jewish Cemetery of Cieszyn has more than 1,500 graves. The cemetery has an area of 1.9 hectares and is surrounded by a brick fence. It is claimed by local authors that the cemetery was established in the Middle Ages. 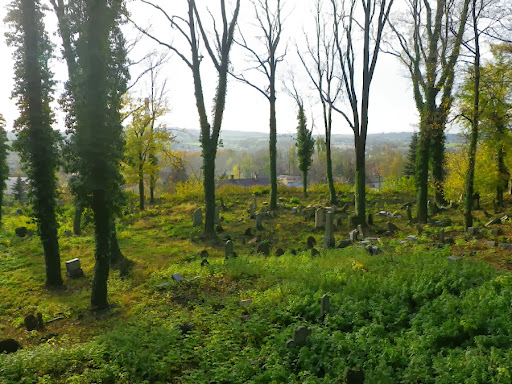 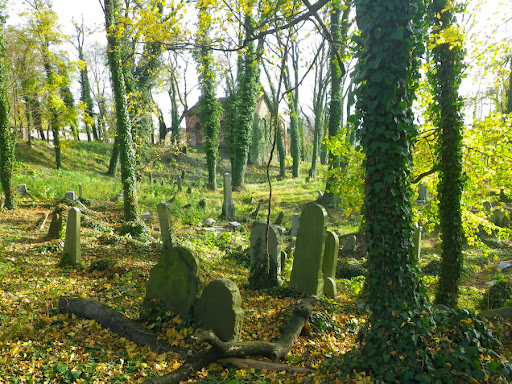 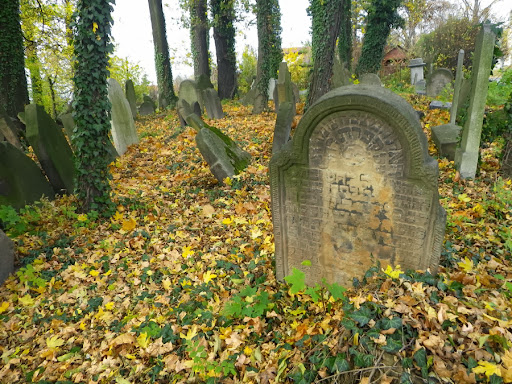 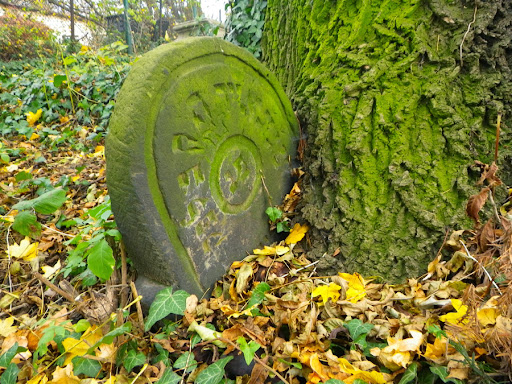 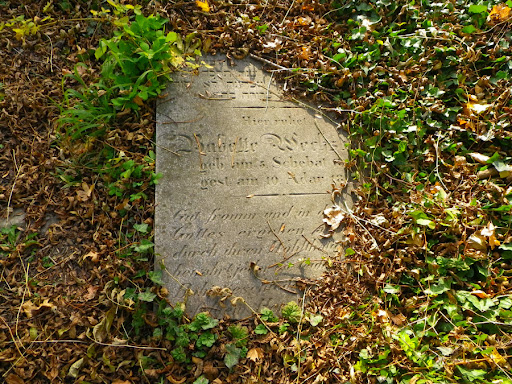 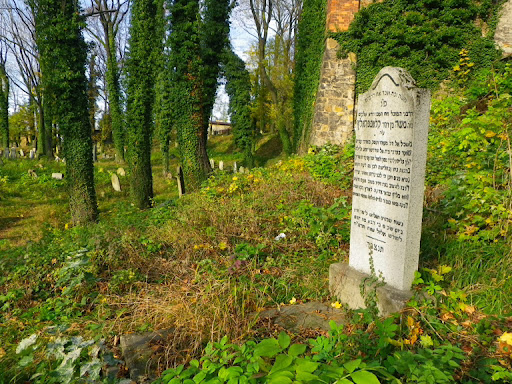 In the second half of the 19th century, a funeral house, a flat for the guards and stables for horses and hearse were built and still exist today. The building was a gift from Emanuel Alois Ziffer and was dedicated to the memory of his parents, according to the memorial plaque. 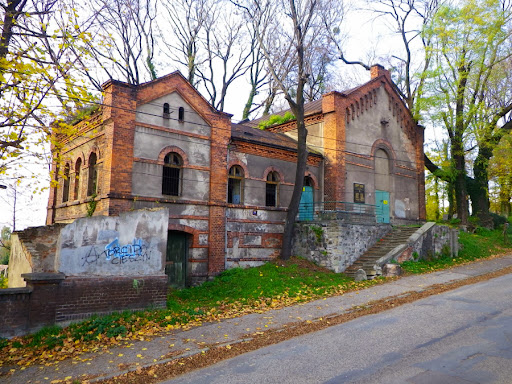 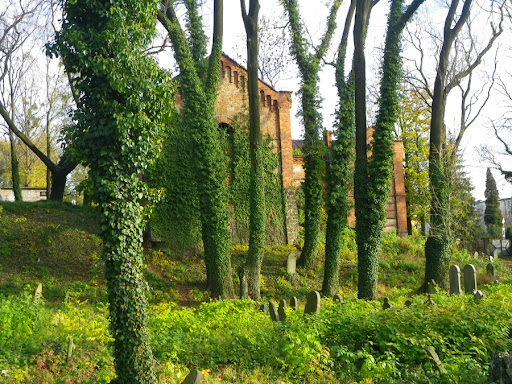 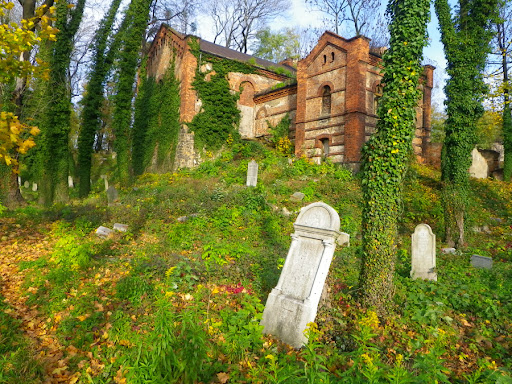 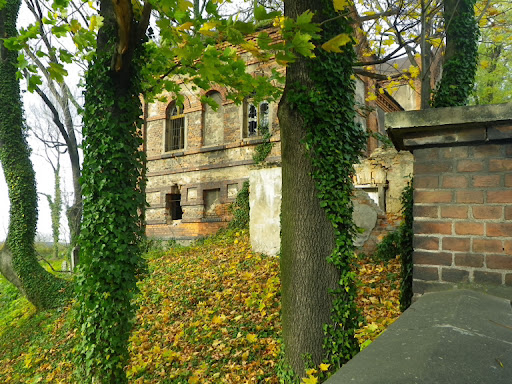 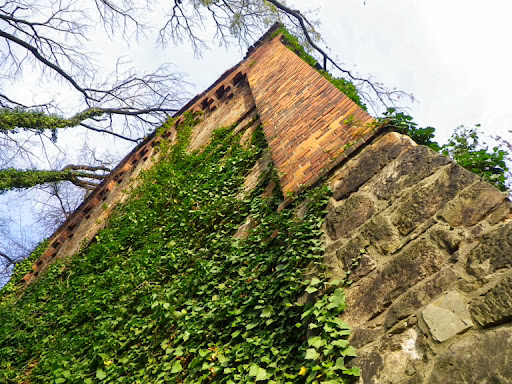 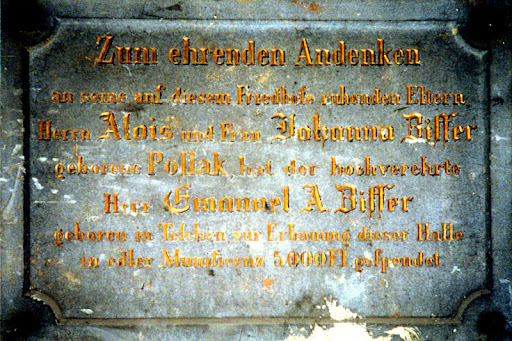 Apparently nobody cares about the family graves of the forgotten honorary citizen of Czernowitz, except - on very rare occasions - a time traveler passing in transit...

Excellent pictures. The ivy covering most of the trees indicate that someone has been caring for the graves otherwise the stones would also be covered with vines.